Information on Cycling in Devon

Blagdon Farm is the perfect place to stay if you are planning a cycling holiday in Devon.  Each lodge has a large covered porch area which is perfect for storing bicycles, surf boards and walking boots.

Locally there are some lovely places to visit on foot or on a bike including Roadford Reservoir. Click here to find out more about trails around Roadford.

Over 150 miles of the National Cycle Network (NCN) are in Devon; this 10,000 mile network is an initiative developed by Sustrans, working with local authorities and others. The routes are designed to be safe for novice cyclists, useful for local journeys and a memorable experience for visitors.  In Devon there are two NCN routes that are fully mapped, the ‘Devon Coast to Coast’ and the ‘West Country Way’.  A third, NCN2, the South Coast Route, is under development but some sections are now open.

The Devon Coast to Coast (NCN Route 27) links Ilfracombe on the north coast with Plymouth on the south coast for a distance of 102 miles/163 km. This is a classic route through the heart of Devon, which is traffic-free for extensive sections, often tracing the course of former railway lines. It passes through tunnels and across breathtaking viaducts and bridges, taking in spectacular views, the beaches and estuaries of north Devon, lush green river valleys, the moorlands of Dartmoor, market towns and the bustling city of Plymouth. The route runs via Braunton, Barnstaple, Bideford, Great Torrington, Hatherleigh, Okehampton and around the edge of Dartmoor National Park to Tavistock and Plymouth. Whether you are planning a long weekend trip across Devon or an easy day’s cycling from Plymouth, Okehampton or Barnstaple, this route is the way to explore the varied countryside without using the car.  There are also many links and spurs to explore and enjoy, such as the Sticklepath Cycle Route from Okehampton or from Clearbrook to the Bere Peninsular cycle route.

The West country Way (NCN Route 3) from Bristol to Padstow, crosses Devon for 105 miles/168km from the Somerset border near Tiverton to the Cornwall border near Holsworthy. It runs alongside the tranquil Grand Western Canal, before crossing Exmoor, followed by a section through Barnstaple, Bideford and Great Torrington which it shares with the Devon Coast to Coast cycle route.It then heads west to Holsworthy, and onto Bude and Padstow in Cornwall.  The route encompasses a great variety of scenery from the commanding heights of Exmoor to the flatness of the Taw-Torridge estuary and lush river valleys, passing along quiet canal tow paths, through idyllic rural villages, all of which typify Devon’s beautiful countryside. It also offers sections that will suit all cyclists. Families, even those with young children can enjoy a half day trip along the traffic free sections, while dedicated touring cyclists will enjoy the challenge of the majestic landscape of Exmoor and the superb views of Dartmoor between Hatherleigh and Tavistock, as part of a long-distance touring holiday.  West of Petrockstowe towards Bude in Cornwall continual improvements are being made to increase the lengths of traffic free paths often along disused railway lines and over impressive viaducts towards the sea.

This route will run from Plymouth to the Dorset border via Exeter. It is under development but there are a number of very attractive mainly traffic free sections already constructed.

For further information go to: http://www.devon.gov.uk/cyclingindevon.pdf 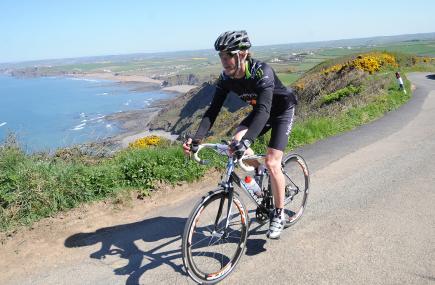 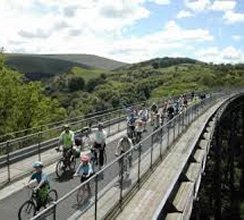 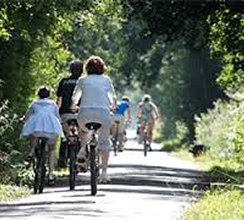 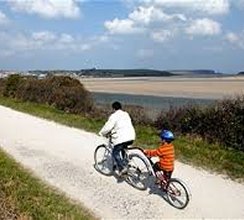 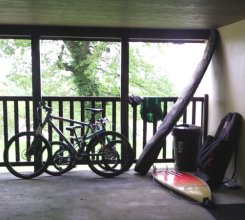